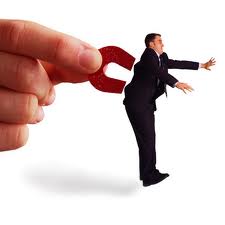 Imagine for a moment that you have in your possession a source of complete and total power. You alone can command the warmth of the sun, the fall of the rain, the turn of the tides and the direction of the winds. What would you do with this kind of power? Would you abuse it causing the world to fall into utter chaos? Would you be benevolent and merciful, using your power to help the people of your planet achieve their ultimate potential? Most people have heard about the Law of Attraction, but what about letting your thoughts determine your destiny?

Unfortunately (or fortunately, as the case may be) there is no way for one person to have that much power. Mother Nature controls the planetary systems according to her own rules and her own designs. You will never be able to have utter control over the environment you are inhabiting.

What if you could, however, have the power to determine the course of your own life? What if you could accomplish great things and acquire great riches just by using the power of your own mind? What if I told you that this does not have to be a “what if?” What if I told you, that there is a POWER for GOOD in the universe and you can use it to chart the course of the rest of your life on whatever path you see fit?

Chances are you would tell me that I had obviously been watching too much Sci-Fi and needed to get out of the house more  often, not to mention my obvious need to expand my vocabulary, considering the number of times I have used “what if” in this conversation. You would be wrong (about the Sci-Fi, anyway). Every person holds in their mind the power to shape the events of their life to achieve whatever end they see fit. This power is what is, known as the Law of Attraction.

What is the Law of Attraction?

The Law of Attraction is the belief that anyone can determine their destiny through the power of their minds.

“The Law of Attraction attracts to you everything you need, according to the nature of your thoughts. Your environment and financial condition are the perfect reflection of your habitual thinking.”  Joseph Murphy

I believe that we live in a Spiritual Universe Governed by Universal Laws; these laws cannot be changed, cannot be broken and apply to every single individual on this planet. The Law of Attraction is one such law.

The History of the Law of Attraction

The immortal Buddha was actually one of the first to introduce man to the law  of attraction. He said, “What you have become is what you have thought.” This was a principle that the people of the east were acquainted with for centuries before it began to sweep into the western hemisphere.

The concept of karma also may have drawn its roots from the law of attraction. Karma states that you will eventually be revisited by that which you have sent out into the universe. If you have practiced kindness and compassion, you will receive in kind. If you have been deliberately cruel to another, you will receive back into your life that cruelty which you have sent out. Your actions and thoughts morph into the physical, causing the universe to react in kind.

The law of attraction began to gain popularity in the western hemisphere in the 19th century, as people began to appreciate the power of positive thinking and apply it to their life. This new concept was first introduced to the public by William Walker Atkinson, the editor of New Thought magazine, who published a book called Thought Vibration or the Law of Attraction in the Thought World in 1906.

As you can see, the law of attraction is not new. The concept that thought can have a predominate affect on the course of a person’s destiny has been taught by wise sages throughout time, and has given rise to a completely new era of beliefs.

Look for part two, What is the Premise of the Law of Attraction?