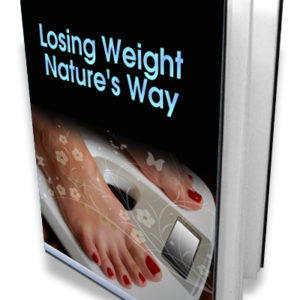 Introduction
It is a widely recognized and acknowledged fact that the population of most developed Western countries is getting fatter, and we are not talking about a gradual increase here.

The number of people who are seriously overweight or clinically obese is exploding all over the Western world.

Just as an example, the statistics page of the ‘Weight-control Information Network’ quotes data from the National Health and Nutrition Examination Survey (NHANES) which indicates that by the end of 2004, around two thirds of adults in the USA were officially overweight, and nearly one third were clinically obese. The situation has already deteriorated significantly since then, so we really do have a global crisis on our hands.

This explosion is placing a very heavy additional burden on the already overworked and under resourced health services in a number of countries.

At the same time, statistics over the past few years would strongly suggest that the trend for citizens of most developed countries to get fatter by the day is not likely to be reversed any time soon without dramatic action.

Consequently, the strain on health services across the world is also going to increase, which in turn means that the inevitable breaking point is likely to be reached soon.

This means that if you are seriously overweight or obese, grabbing your copy of ‘Losing weight nature’s way’ is important, because this represents a significant step forward in a couple of very important ways.

Firstly, it indicates that you or somebody that is close to you – perhaps a family member or other loved one – has a weight problem. Furthermore, if the individual with the problem is you rather than someone else, this also indicates that you have acknowledged your problem, which is often the first and hardest step.

Secondly, the fact that you are reading this now indicates that you have decided to do something about your weight problem, and that decision represents a very significant shift in your way of thinking and attitude to the shape that you are in.

I don’t know many overweight or obese people who are happy with their physical condition, but I do know plenty of people who are seemingly content to put off their decision to start losing weight to another day. Unfortunately for people like this, another day never comes, either because they simply choose to ignore their problem or because their weight problem is a primary factor that helps to kill them off early.

I make no apology for putting it in such blunt, stark terms, because as suggested, people who are significantly overweight or obese represent an increasingly troublesome burden on global society.

The day when health services collapse under the weight of treating people whose problems are generally a result of their own self indulgence and inability or unwillingness to curb their bad habits is not far away if we don’t start reversing the trend towards obesity very soon.

I know that there are hospitals in the UK (which has a National Health Service that is supposed to offer treatment to all, remember) that are already refusing to provide treatment to people who are seriously overweight or obese. I am certain that this is a trend that is likely to become far more common in the years to come, and not only in the UK. Perhaps you live in a place where you pay for medical attention and treatment, so you might say that this will never happen to you as long as you are willing to pay for your treatment.

Fine, but what happens when your bill doubles or triples because you are seriously overweight or obese?

It’s going to happen because the risks involved in undergoing serious medical treatment are significantly higher for overweight or obese people, and you can be sure that if they are not already doing so, the medical authorities will start factoring this into the amount that they charge.

You are reading this, so I take that as a sign that you do not want to be overweight or obese forever.