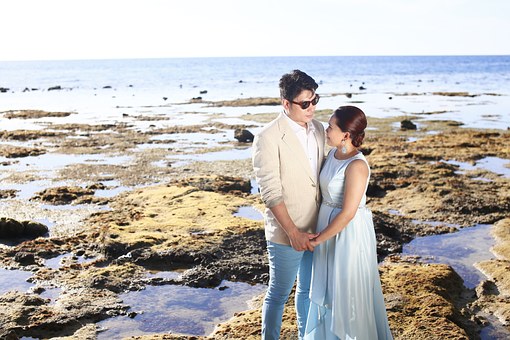 Your self-belief has a profound effect on your confidence and on the quality of your life. Trust me, I know. It took me many years to go from “I am not enough” to “I Am.”

If a person believes that she lacks basic skills to solve problems then she may lose heart and give up. In contrast, a person who has less abilities but who believes in himself stands a much better chance of being successful. This is because his self-belief gives him the confidence to try.

It start’s early on…Have you ever wondered why only a few students in a class ask questions? Is it because the others have understood all the points made during a lecture? Or is it because they lack the confidence to ask a question? More often than not, it is the fear of making a fool of themselves that stops students from asking questions. In other words, they lack self-confidence.

The only way this confidence can improve is when you start believing in yourself.

This is why I feel our “self-belief” is so important. It gives you the confidence to aim for the stars! It takes over negative thoughts, and dispels the fear of failure. It is the best antidote against self-punishment, i.e. guilt, which turns talented people into under-achievers. It gives one the confidence that they have nothing to loose. On the contrary, they realize that they have everything to gain by asking a question, even if it happens to be a silly question.

Abraham Lincoln is a fine example of a man who believed in himself. He lost every election until he went to the Senate and stood for the post of the President. He did not allow his failures in professional and personal life to erode his self-belief. Had he done so, the history of the US would have been different.

Self-belief gives you the confidence to accept failure. It teach you the importance of positive thinking. “Those who have self-esteem don’t talk about failures; instead, they try to find out why they did not succeed. They look for lessons that can be learned from their experience.” This is not a simple issue of semantics. It is the power of positive thinking and the Law of Action, that is available to all who seek to know the Truth about themselves.

Once again it is self-esteem that gives us the confidence to enter a new group, and become a part of it. Those who lack self-esteem are very reluctant to approach a new group. They don’t want to expose themselves to the ridicule of being seen as shy, nervous or ignorant. They would instead prefer to stay in their corners.

In fact, lack of self-esteem stands out like a sore thumb at parties, at meetings, at conferences and at social or official functions. Individuals with low self-esteem avoid introducing themselves to others. They prefer to stay in the shadows, away from the sights of others. However, their colleagues who enjoy high self-esteem dominate the discussions. They are sought after by others for information. They are also invited to other meetings and parties — all because their self-esteem gives them the confidence to open up before a group of strangers. It is the same student syndrome that is reflected in an individual’s working life too.

Low self-esteem also lowers an individual’s self-confidence. He takes to liquor or drugs to boost his confidence artificially. Nothing can be more futile or dangerous. Such behavior further destroys an individual’s self-esteem. The best way to break out of this pitiable situation is to build self-esteem, which is not easy.  The individual has few options but to begin life afresh. The best is to look for a new workplace and a new set of friends, because it is easy to deal with people who have no preconceived notions about you.

But nothing will work until the individual develops self-respect, and the self-belief that she is as good as others. She must realize that she is not the only one who has strong and weak points; there are others who suffer from the same dis-beliefs. The only difference is that the others project their strong points whereas she projects her weak points. All that she needs is to refocus her priorities. She then finds that elusive “self-confidence.”

Time for Self-Contemplation: What are your self-beliefs? How do they affecting your self-confidence? Are you willing to go deeper to find out? If so, download this Emotional Guidance System (EGS) to learn more about alignment with Source Energy.

Not sure where to start or what’s holding you back?

Invest in yourself. You are wroth it! Start here with our Coaching Assessment

As an Holistic Life Path Coach, I can offer you an unbiased perspective and assist you in “Living Your Best Life after all it is Your Highest Calling!”